Walker writer, Bitter Root will talk about creating comics outside the mainstream and offer tips on exactly how to do it. Evoking a sense of that time, place, and feeling is not an easy task. Just as a scent on a breeze can transport us back in time, so can the perfect graphic novel. Learn from Comic-Con special guests how they use history, memory, and emotion to tell moving and personal stories.

It took one grab of his crotch to make him an international sensation. Teen Titans Go!

The Titans return to San Diego to kick off your Comic-Con weekend waffle fights, meatball parties and. Producers and members of the voice cast will show attendees an awesome time covering this favorite animated series. Produced by Warner Bros. Animation, Teen Titans Go!

Marvel's Agents of S. The cast and producers of Marvel's Agents of S. Be the first to hear the scoop about the show-stopping conclusion for season 6 and what awaits in season 7 of Marvel's flagship television show. This panel will celebrate with a collection of fan art and the best of Stan's cameos in the Marvel Cinematic Universe, plus stories from those who knew Stan and his genuine appreciation for his fans. Moderated by Christine Quimbo and Anastasia Hunter. Seduction of the Immigrant: Filipino and Spanish Artists in s American Comics Panelists will explore comic art of the Philippines and Spain prior to the s and then cover how major American comics publishers recruited these artists to work in the U.

Topics will include how "poaching" foreign talent impacted indigenous industries, its influence on American comic art and specific genres, and the negative impact on the artists' rights movement of that same period in this country. Scott Robinson of Globo Comico.

The Mark, Sergio, and Stan Show It's most of the crew who bring you the bumbling adventures of Groo the Wanderer, talking about what they do and why they do it. They'll be discussing the latest Groo miniseries, many upcoming projects, and why Mark doesn't get paid for the work he does on their comic.

Then again, he's not getting paid for writing this panel description either. Webcomics: Truth in Four Panels In this era of misinformation and fake news, truth emerges from unlikely sources. The comic strip, long a medium of quick one-liners and sight-gags, is becoming more credible than the news medium that originally birthed it.

The simplicity of this medium allows these two cartoonists to tell their truths in a powerful, yet relatable way. Ask a good enough question, and there may be a prize in store! Is Darth Vader a worse parent than Homer Simpson? Some women create truly dark and challenging art and content, with just enough humor and whimsy to counterbalance all that darkness.

Whether it's comic books, novels, or art, these are the women who are creating content that connects with the deeper, darker side of all of us. Apex reveals sneak-peek art and information about upcoming releases Atomic Age and Split City. Captain Action: Adventures in Animation and Fan Art Contest Captain Action, the first superhero action figure, celebrates collecting, customization, and entrepreneurial passion with a behind-the-scenes-look at animation development, announcing new publishing efforts, and the all-ages animation, with CAKE as their international distributor.

This year, Captain Action will celebrate fan creations with a focus on Fan Art—awarding the grand prize during the panel. Moderated by Ed Catto Captain Action. Comic Universes in Mixed Reality Ted Schilowitz, futurist at Paramount Pictures, and Ben Wolstenholme, founder and comic book artist at MadeFire discuss the creative and technological evolution of the comic art form in wearable mixed reality technology.

They'll show screen-capture sneak peeks of comic book characters and comic universes in mixed reality utilizing Magic Leap and Hololens wearable devices. ComiXolgy Originals: Creator-Owned Comics and Beyond Join comiXology's head of content Chip Mosher and a surprise cast of beloved comic creators and rising-star talent to get the scoop on an all-new, yet-to-be-announced comiXology Originals series direct from the creators making it!

They'll wow the crowd with stories on the process of bringing creator-owned comics to life and what it's like pushing the envelope with digital comics, and beyond. Have you wondered how to make comics all while holding down a 9-to-5 job? Learn how to create your own comics network and community and how to push each other to hit deadlines, reach goals, and publish your comics work. And more than that, they'll discuss how the business of Hollywood works—the dos and don'ts of it all.

Most important, they'll discuss taking an idea and shaping it into a coherent story and screenplay, ready to shoot!


Moderated by Andy Schmidt Guardians of the Galaxy. Focusing on pop culture and hilarious award-winning films, this screening allows the viewer to see the next generation of Hollywood superstars before anyone else. Meet Spike in person. Recommended ages 10 and up.


The Movie: Week The co-hosts of the popular Electric Surge podcast, The Movie, will curate an all-new fantasy theme week devoted to the films of Will the Dark Knight dance in the pale moonlight of Monday, or will Indiana Jones throw his hat into the ring? Find out this and more as Mark A.

Hey, wait a second. Don't miss out on this history-making Teenage Mutant Ninja Turtles panel as three generations of TMNT creators take the stage to celebrate the history, fandom, and success of the Heroes in a Half Shell! These award-winning creators will answer fan questions, share audience giveaways, and unveil never-before-seen, original TMNT art. Moderated by Mike Cecchini Den of Geek.

Are you already in the business and need help with figuring out how to budget between paid contracts, deal with taxes, or determine the best way to raise and save cash for future projects? Perhaps you just want to be a financial superhero for yourself and your family and invest in your future. Sean Nisil certified financial planner and Karen Martin The Princess Project will present an entertaining and educational panel on superhero financial planning and best practices for artists, writers, industry professionals, and all others interested.

Go Go Power Rangers! How do we as a community harness this moment? What sort of possibilities does this bring? Come for this insightful conversation on the new frontiers that are rapidly opening up for our community. Panelists will discuss the mission of the group and how they play a role in future talents. Stumptown Based on the Stumptown graphic novel, ABC's new drama series follows Dex Parios Cobie Smulders , a strong, assertive, and sharp-witted Army veteran with a complicated love life, a gambling debt, and a brother to take care of in Portland, Oregon.

Her military intelligence skills make her a great P. Moderated by Geoff Boucher Deadline. Real Men This documentary traces the development of the Tough Guy from the beginnings of Bogart to the role models of today while offering a new critical assessment of macho cinema. The film is a stunning reexamination of how manhood works for the big screen and its influence on men around the world.

Take a look behind the scenes of some of the most controversial and important developments in comics over the past four decades. 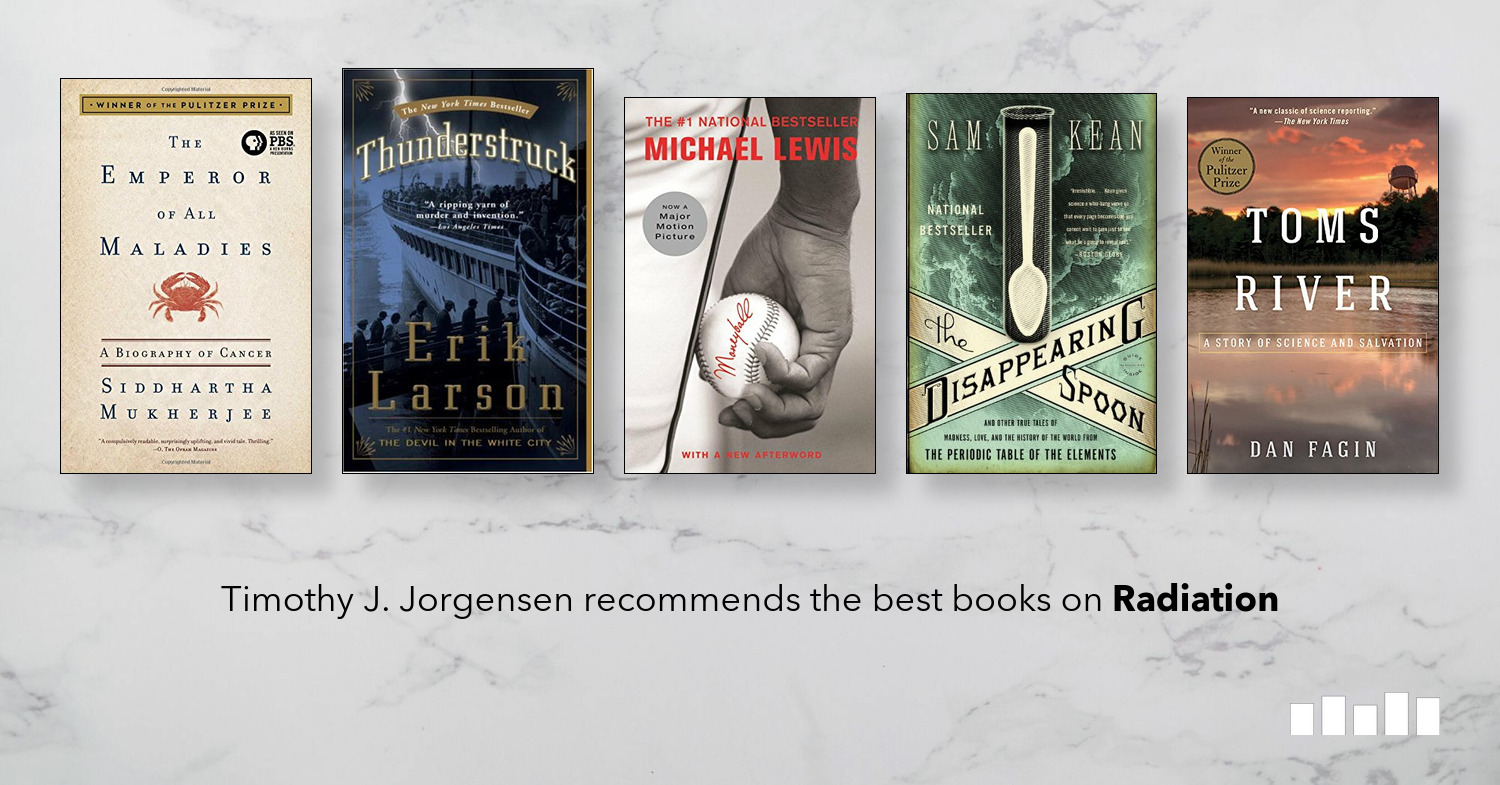 Higher, Further, Faster. Are We There Yet?


Female superheroes are finally getting their due on screen and reigning at the box office. Star Wars now centers on a female Jedi, Black Panther brought a dynamic array of female characters to the MCU, and there is the first female Doctor since the character's debut. Online commentary from sites like SYFYFangrrls, fangirl-run podcasts, and events like GeekGirlCon continue to successfully challenge the notion that fandom is a male-dominated space. So why are women still having to prove themselves as consumers and community members, as well as pop culture enthusiasts and producers?

Join Jennifer K. Lee Not Your Sidekick ; Not Your Villain as they punch holes in the sky for a dynamic, inquisitive, compassionate, community-building discussion exploring how far they've come culturally as female fans, struggles they still face as cultural critics and culture makers—and ways for us all to go higher, further, and much much faster.